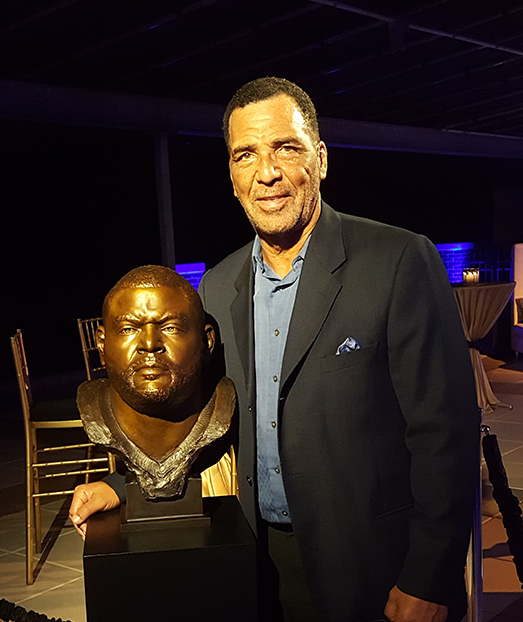 Carl Poston is founder, owner and chairman of Professional Sports Planning, Inc. (PSP), which he organized in 1989 to represent professional athletes. His motivation behind PSP was to offer professional athletes a real chance to reach their full potential and retire successfully with the fruits of their hard work. It is well known that many athletes make mistakes and retire broke without successfully planned futures despite making enough money to be set for life. He established PSP to make a difference and is uniquely qualified to assist his clients in becoming successful on and off the field (or courts) and more importantly, in life.

Mr. Poston’s accomplishments are noted worldwide for negotiating some of the best contracts in professional sports. As the company’s chief negotiator, he engineered one of the most creative deals in NBA history by negotiating Anfernee (Penny) Hardaway’s $68 million rookie contract with the Orlando Magic. That contract later lead to Penny becoming the highest paid player in the NBA in just his second season in the league. PSP also launched the successful marketing campaign of Penny’s alter-ego personality, “Lil Penny” with Nike and Chris Rock.

Mr. Poston’s company has been featured on ESPN “Outside the Lines,” in Business Week, HBO – Real Sports with Bryant Gumbel and in Sports Illustrated where Carl was noted as one of the “Top 100 Most influential African Americans in Sports.” Carl’s NFL contracts were noted by Harvard Business School where he spoke and defended the case study prepared by Harvard business students on contracts he negotiated with the New England Patriots regarding his clients, Ty Law and Lawyer Milloy.  He also negotiated extraordinary contracts for other NFL players, Charles Woodson, LaVar Arrington, Orlando Pace, Terrell Buckley, Greg Hill and Chris Gamble to name a few. Carl also negotiated excellent NBA contracts for Robert Horry, Shawn Respert and Rashard Lewis.  He also made Hall of Famer and WNBA star, Sheryl Swoopes the highest paid player in the WNBA.

Carl attended Fisk University on an athletic scholarship in tennis and graduated with a dual Bachelor of Science degree in Mathematics and Business in 1977. He won numerous athletic and academic awards including winning 39 straight matches during his tenure at Fisk. After Fisk, he earned a Master of Business Administration (MBA) degree from Saginaw Valley University School of Business. He also attended law school and earned his Juris Doctorate degree from Wayne State University School of Law.  While in law school he received the American Jurisprudence Award in Contract Law and thereafter become a teaching assistant for Contract law.

He learned his negotiation skills from his mother when he worked with her in her real estate business. He accepted a fellowship to attend New York University School of Law and earned an LL.M. in Taxation. In 1981 he joined the law firm of O’Melveny & Myers where he worked on various transactions ranging from tax and estate planning to negotiating and structuring complex business transactions. He moved to Houston, Texas and formed the law firm of McKenzie & Poston, LLP where he advised athletes, entertainers and business clients. He is a proud member of the Omega Psi Phi Fraternity and occasionally speaks and lectures on Sports and Business law issues around the country. He now resides in Houston, Texas with his wife, two sons and daughter.